Just as the global economy moved into a negative territory, the United States also witnessed a pull towards the same.

The country with the strongest and the largest economy has faced a downtrend in its economy as well. Due to the uncontrollable oil prices and supply chain disruptions the US economy has become bearish as well.

The Strategy of the US against Inflation

Like the rest of the world, the US is also eager to deal with the growing inflation rates. According to the Feds, the best way to fight the inflation rise is to aggressively increase the interest rates.

It was back in the month of July when the US Feds had decided to fight the rising inflation rates by increasing the interest rates. The first implementation was made back in July where the Feds hiked the interest rates by 75 bps.

The major factors to measure the positive growth of the economy were the non-farm payrolls (NFP) and the consumer price index (CPI).

The Feds’ Plans for November

Whenever the Feds increased the interest rates, they have caused the trading price of the USD to rise against all major fiat currencies.

No matter the forex exchange, they have all continued witnessing significant rises in the value of the USD as the Feds hiked the interest rates by 75 bps on a monthly basis.

As the Feds continued with their spree for three consecutive months, the investors and the economists wanted to know if the Feds would do the same in November.

This means that the forex brokers would continue witnessing a spike in the demand for the USD in the forex markets. Even in the following months, the Feds have decided to continue with the interest rate hike.

This only means that the price of the USD would continue experiencing a rise versus the rest of the major currencies. 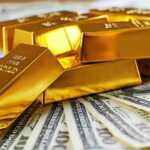 Previous Story:
Can I Retire With My Gold Investments? 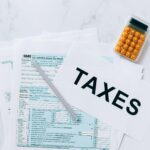 Next Story:
Tax Preparation: How Much Should I Pay to Prepare My Taxes?